We eat over 100 billion bananas each year making them the 4th largest crop in the world.

But what do you actually know about this little fruit?

It’s yellow and sweet….but did you know it’s actually a radioactive berry?  That’s right, and the plant itself is technically an herb, not a tree. 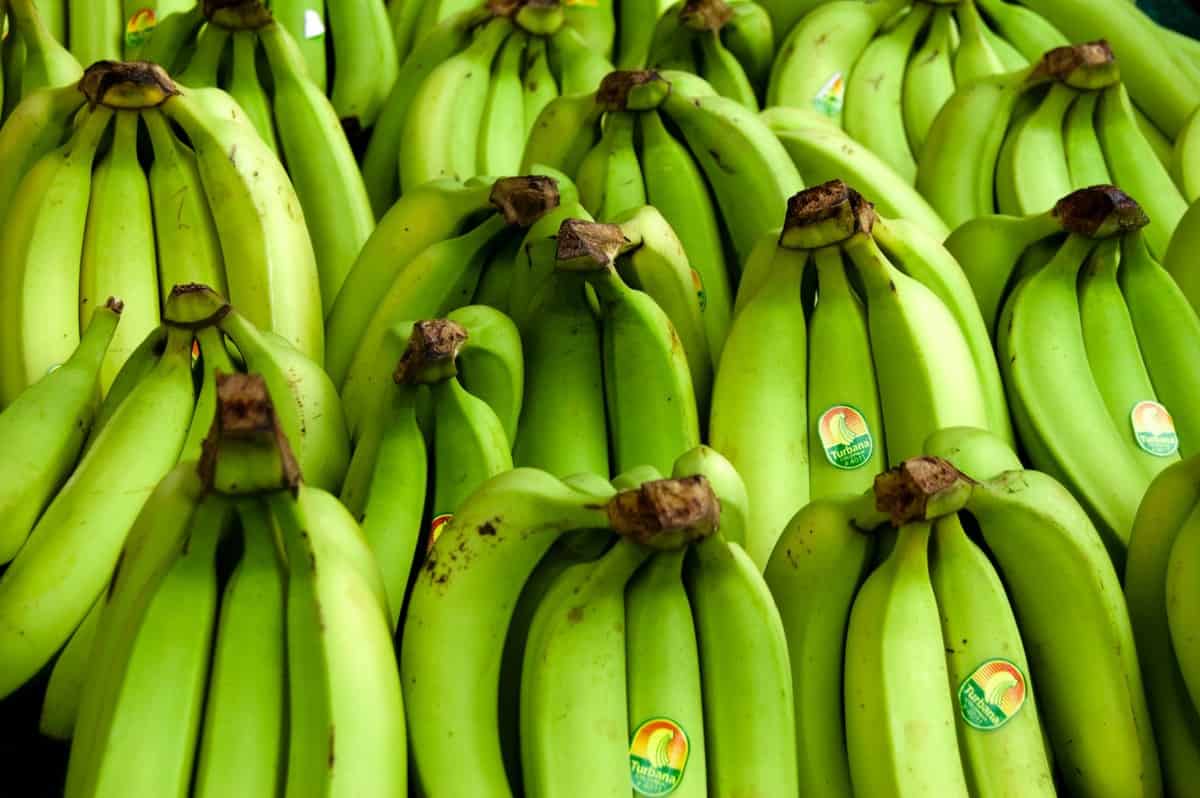 Bananas are officially the world’s largest herb and belong to the same family as lilies, orchids, and palms.  The plants can grow up to 25ft tall and are actually grown from a bulb, not a seed.

Their leaves can grow up to 9ft long and 2ft wide and are completely waterproof making them an ideal umbrella the next time you’re walking around the plantation.

Although we usually buy a ‘bunch’ of bananas, a bunch is an entire stem containing many clusters.  Each cluster is called ‘a hand’ of bananas, therefore an individual banana is called a ‘finger’.

Technically, a banana is a berry, and yes they are slightly radioactive due to the large amounts of potassium.  Specifically, they contain Potassium -40 which is the radioactive isotope.

Before you start buying your bananas in a lead-lined box, you should probably know that you’d have to eat roughly 5 million of them before you’d get anything close to radiation sickness (and by that point, you’d probably have turned into a banana yourself.)

But this radiation is detectable to Geiger counters, so taking a hand through a radiation sensor at a border checkpoint would probably set off the alarms.

Nearly all commercial bananas sold in the grocery store are perfect clones of each other and originate from a  single plant in Southeast Asia.  This makes the ‘Cavindish’ cultivar we eat today very fragile, as disease could wipe out the world’s entire crop.

This actually happened in the 1960’s when our parents were eating the ‘Gros Michel’ cultivar.  This variety was better because the fruit was larger and didn’t go bad nearly as fast making them ideal for transporting.  But a fungal disease wiped them out completely.  And now – we have the genetically engineered mutant plant called the Cavindish.

Ever wonder why there are no seeds?  They’re there – those little tiny black specks inside the banana.  They’re just sterile and won’t grow a thing if you plant them.

Next time your down in the dumps, grab a banana.  Bananas are the only fruit that contains both the amino acid tryptophan and vitamin B6, which together helps your body produce serotonin – the natural chemical that alleviates depression (or you could just pop a Prozac which contains the same active ingredients ).

Ounce for ounce, bananas are one of the healthiest food sources in the world.  They are low in calories and contain no fat, sodium, or cholesterol.  They also contain a good amount of fiber – which keeps things – uh regular.

And if that isn’t enough, they also contain phosphorous, magnesium, calcium, iron, zinc, copper, selenium, Vitamins A, B1, B2, B6, C, E, K, Niacin, and Panathenaic Acid.

Move over apples – you got competition!

Almost 10,000 American adults participated in this study and were followed for 19 years. People eating the most fiber, 21 grams per day, had 12% less coronary heart disease and 11% less cardiovascular disease compared to those eating the least, 5 grams daily.

There have been many studies that show that eating potassium-rich foods, like bananas, helps lower blood pressure.

Researchers tracked over 40,000 American male health professionals over four years to study the effects of diet on blood pressure. (As if we vegans didn’t already know)

Men who ate diets higher in potassium-rich foods, as well as foods high in magnesium and cereal fiber, had a substantially reduced risk of stroke.

Worried about being vegan with no good source of iron?  Eat a banana!

High in iron, bananas can stimulate the production of hemoglobin in the blood and can help if you’re anemic.

And lastly, can you guess what the #1 selling item is at Walmart?  Yep.  Bananas.

Because your life just wouldn’t be complete unless you knew this – right?  🙂