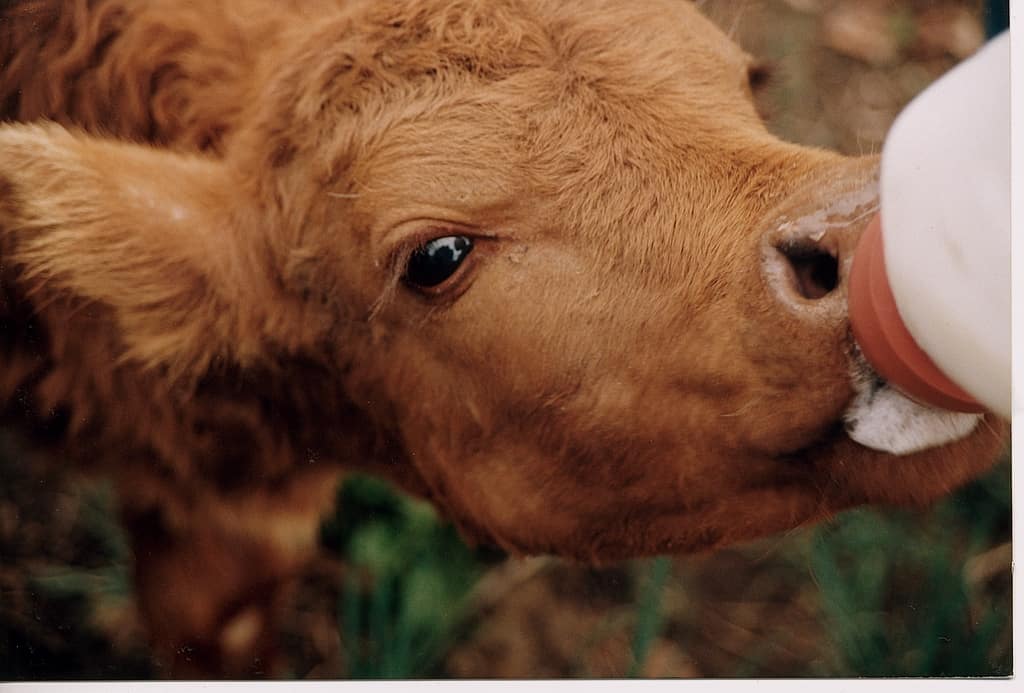 This is one of the big topics most non-vegans just don't get….why you should stop eating and drinking dairy for good.

What's wrong with a plate of cookies and a big glass of ice-cold milk?
Give up cheese?  Are you crazy?
My grandparents had a cow and they lived to be 95…
Yada yada ...blah blah.

First of all the dairy we have today is nothing like what we had 50 years ago.  Thank the factory farms for that.

Milk cows today spend their entire lives on a feed lot, standing knee-deep in their own poo, and stay constantly pregnant until they're too old to birth anymore - and then they become your McDonald's hamburger for lunch.

They're pumped full of hormones and antibiotics to keep them somewhat alive, and fed a concoction that could include chicken poop to other dead cows - and anything in between.

It's just a tad bit different today than grandpa milking old Bessie out in the barn.

A LOT different - and usually in a bad way.

But What About Calcium?

We need our calcium to grow strong bones!

You've been reading too many billboards.

Think about it - calcium is a natural mineral found in the ground.  Like all minerals it is absorbed into the roots of plants and is then incorporated into the stems, leaves, flowers, and fruits.

How do you think Cows get their calcium?  How many grown cows have you seen nursing on another cow?

They get their calcium by eating plants!  And so can we.

We (for whatever reason) decided to bypass this step and just eat the cow instead....craziness.

Are Plants Really High in Calcium? 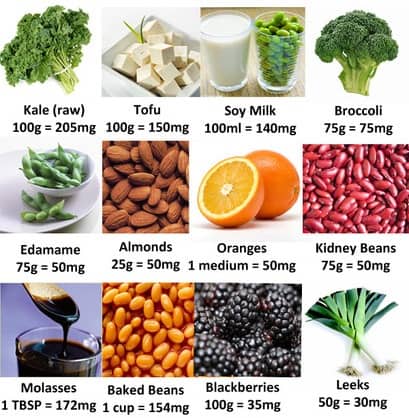 You better believe it.

Lots of plant foods have calcium.  Just like lots of plants contain protein too.

This is probably one of the hardest things for non-vegans to get.

We can actually get everything we need from plants!

1.  Most People Are Lactose Intolerant Anyway.

About 75 percent of the world's population is genetically unable to properly digest milk and other dairy products.

And if they do it anyway, all kinds of problems can crop up.

So many people live with these symptoms every day and never make the connection.

In fact, according to the Nurses' Health Study dairy may increase risk of fractures by 50 percent!

3.  Dairy Increases Your Risk For Cancer

Research shows that higher intakes of both calcium and dairy products may increase a man's risk of prostate cancer by 30 to 50 percent.  Plus, dairy consumption increases the body's level of insulin-like growth factor-1  -- a known cancer promoter.

In the movie Forks Over Knives, Dr. T. Colin Campbell explains how he could turn on and turn off cancer cells, like a switch.

What was the switch?  Milk protein.

Every animal on the planet drinks milk when they are born, and naturally weans themselves off after a set amount of time.

Fortunately we do stop drinking breast milk - that would be a little weird if we didn't.....

So we drink cow's milk instead?

We are the ONLY species on the planet that drinks another animal's milk.  Isn't that kind of strange?

Cow's milk is designed to turn a 65-pound newborn calf into a 400-pound cow in one year.  Think about that. 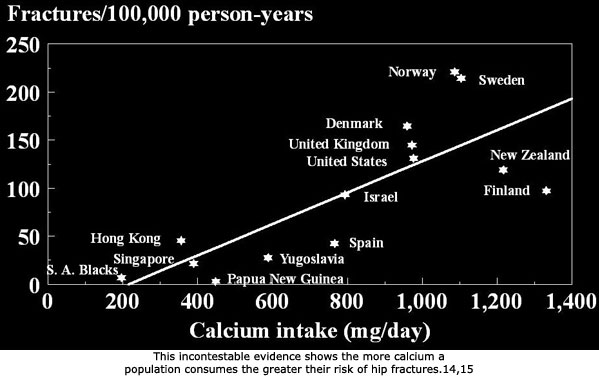 World health statistics show that osteoporosis is most common in exactly those countries where dairy products are consumed in the largest quantities - the United States, Finland, Sweden and the United Kingdom.

I guess that at this point if you're still not convinced - then try this little experiment at home.

Try giving up all dairy for just 2 weeks.

Yes -  I mean avoiding all milk, cheese, yogurt, AND  ice cream.  After 2 weeks see if you feel better.

You should notice improvements right away with your sinuses, headaches, bowel habits, energy, and weight.

Milk is for baby cows - not humans.