In STEP 1:  We completely eliminated Fast Food.  Yep, that means no more golden arches.  You didn't think that stuff was actually good for you did you?  Ok good.  You can read why it's NOT... right here in yesterday's article.

Today, we move on to Step 2....and by all means if you need a week or two in between each step to adapt - take as long as you need. 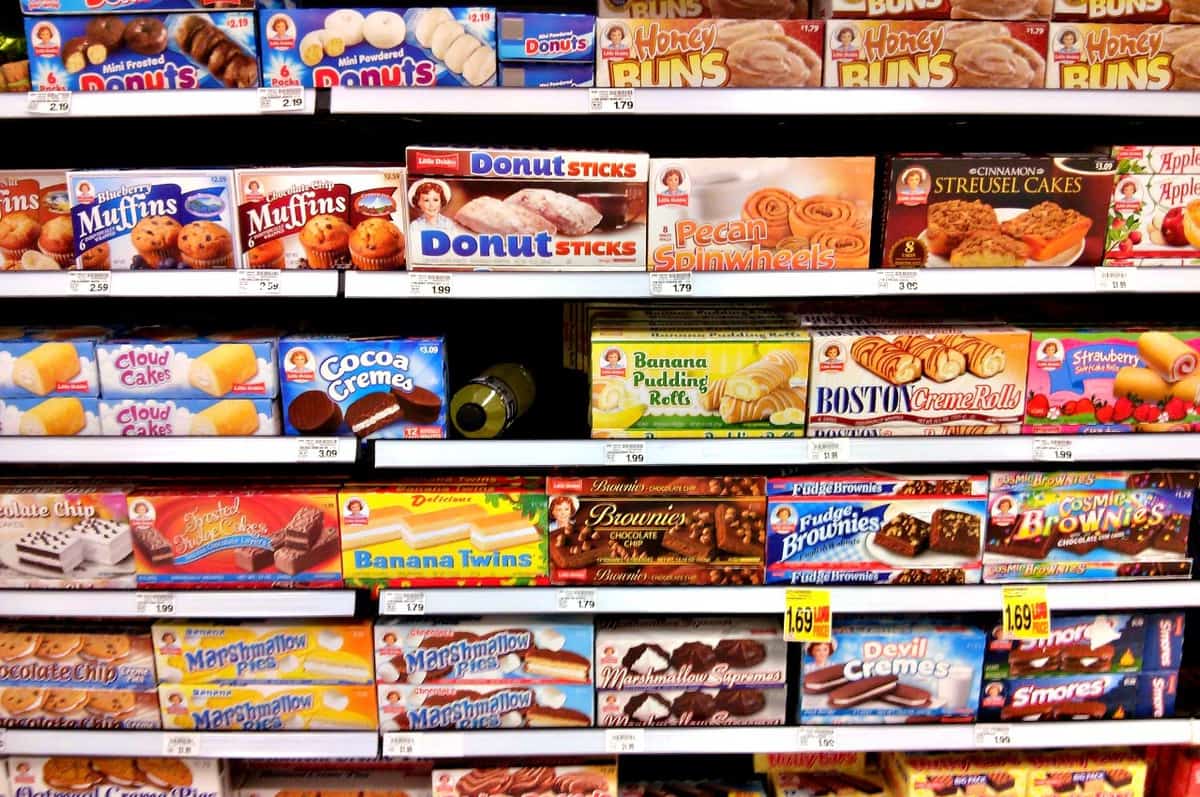 This next step should come as no big surprise either.

After all, junk food is basically the same as fast food - only you buy it in your grocery store instead of a drive-thru.  Which might make it even worse - because you can buy a LOT of it!

Basically, it's just more salt, sugar, and fat -  all boxed up in pretty little packages.  More empty calories that do absolutely nothing for you nutritionally except make you sick & fat.

I'm calling junk food bad - because it is highly processed with tons of sodium, tons of calories, and tons of fat - plus all the chemicals and preservatives to make it shelf stable.  And don't forget those yummy 'natural flavors' to make it taste good.

So when I say junk food, I don't just mean boxes of pastries like you see in the photo, I mean anything that is highly processed.

I know, I know, I grew up eating a TON of this stuff too!

I mean these were like my ultimate comfort foods!   But...look at the ingredient list, it may just surprise you.

For example, this very popular Frozen Chicken Pot Pie used to be a favorite of mine.  Here is the Nutritional Info for that particular product. 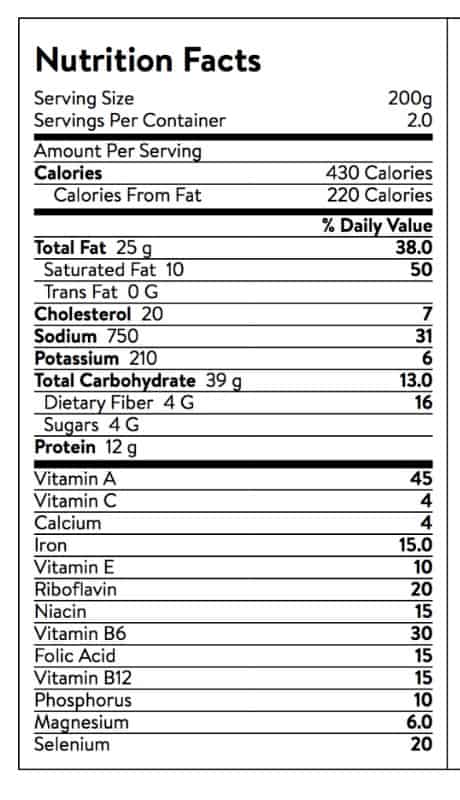 Look at the Total Fat - 25 grams of fat per serving, and 10g of artery-clogging Saturated Fat!  The Cholesterol and 750mg of Sodium is worth mentioning too.

And that's for 1 serving... this package has 2 servings.....which means you now double all those numbers if you ate the whole thing (like I used to).

With over 860 calories  - that's nearly half of my allotted calorie intake for the entire day (and again, that's just 1 meal!).  Can you imagine doing this 3 times a day?  I did.  And I know a lot of other people did (or still do) too.

So again, lots of empty calories, lots of fat, lots of salt, lots of cholesterol, lots of chemicals, preservatives, and flavors.....  but nothing else really.

No real nutrition at all.

Now before we go any further....I want you to know there are VEGAN foods that fall into this category too.

Look in any frozen food case and I'm sure you'll find some.

I know a lot of Ethical Vegans who will disagree with me on this - because in truth no animals suffered to make this food -  but from a nutritional standpoint it's really not much healthier than the foods they were originally replacing.

And THAT is why I say Step 2 of Adopting a Plant-Based Diet is to Say No To Processed Junk Food (even if it's Vegan).

I'll continue on with Step 3 in a day or so.

Thanks for hanging out with me and please leave those comments whether you agree or disagree.