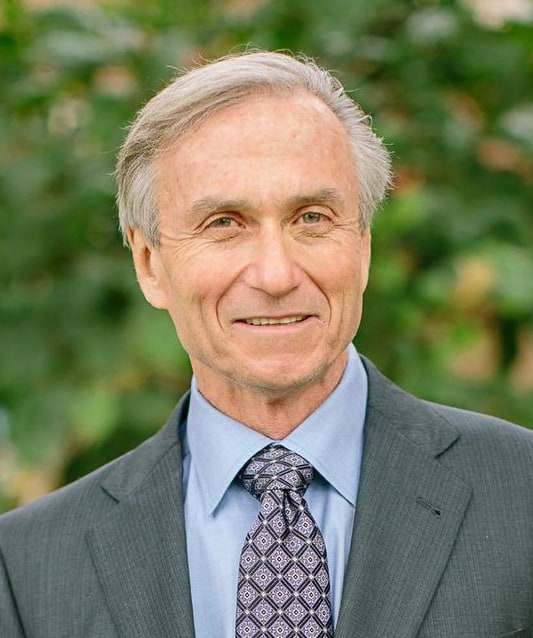 Dr. John McDougall MD is an American Irish physician and author whose philosophy is that degenerative disease can be prevented and treated with a low-fat, whole foods, plant-based/vegan diet – especially one based on starches such as potatoes, rice, and corn – which excludes all animal foods and added vegetable oils.

McDougall is a graduate of Michigan State University's College of Human Medicine, he performed his internship at Queen's Medical Center in Honolulu, Hawaii in 1972, and his medical residency at the University of Hawaii. He is certified as an internist by the Board of Internal Medicine and the National Board of Medical Examiners.

In 1965, at age 18, McDougall suffered a massive stroke which he attributed to his high animal product diet. Since the mid-1970s, he has followed mostly a vegan diet after observing that his elderly patients from the Far East, who lived mainly on rice and vegetables, were trim and healthy compared to their offspring tempted by an American diet.

Between 1973 and 1976, McDougall worked as a physician at the Hamakua Sugar Plantation on Hawaii Island. It was during this time that he first became aware of the link between his patients' dietary choice and their health. Between 1986 and 2002, he launched a vegetarian dietary program at St. Helena Hospital in Napa Valley, California. Between 1999 and 2001, he also ran his dietary program for the Blue Cross Blue Shield in Minneapolis.

In 2002, he began the McDougall Program at the Flamingo Resort in Santa Rosa, California. The McDougall Program is a 10-day live-in program where patients work to regain their health by eating a vegetarian diet (without limits) and where they hear lectures by McDougall and other health professionals. The program has been recommended by heart disease researcher Dean Ornish. The core components of the program are available free on Dr. McDougall's web site at www.drmcdougall.com.

McDougall is the co-founder and chairman of Dr. McDougall's Right Foods Inc. which produces food products for grocery stores, and a member of the advisory board of the Physicians Committee for Responsible Medicine. In 2000, The Press Democrat described McDougall and his wife as operating "a small industry, with several cookbooks, a newsletter, a Web site, vegetarian meal cups sold across the country and a nationally syndicated TV show."

McDougall is the author of several books, including The McDougall Plan (1983). This was the first book by an accredited Western medical authority to propose that there is no need to combine proteins to make a "complete" protein.  (wiki)

For more information please visit Dr. McDougall at his website located at http://www.drmcdougall.com.

"People feel poorly because they are nourished by foods you wouldn't feed to you dog and cat. The rich western diet is full of fat, sugar, cholesterol, salt, animal protein -- all the wrong foods for people. Look around the world and see where people are thin and healthy -- they live on a starch based diet --rice."