Home » Articles » The Fat Switch: Why I No Longer Cheat on my Plant-Based Diet 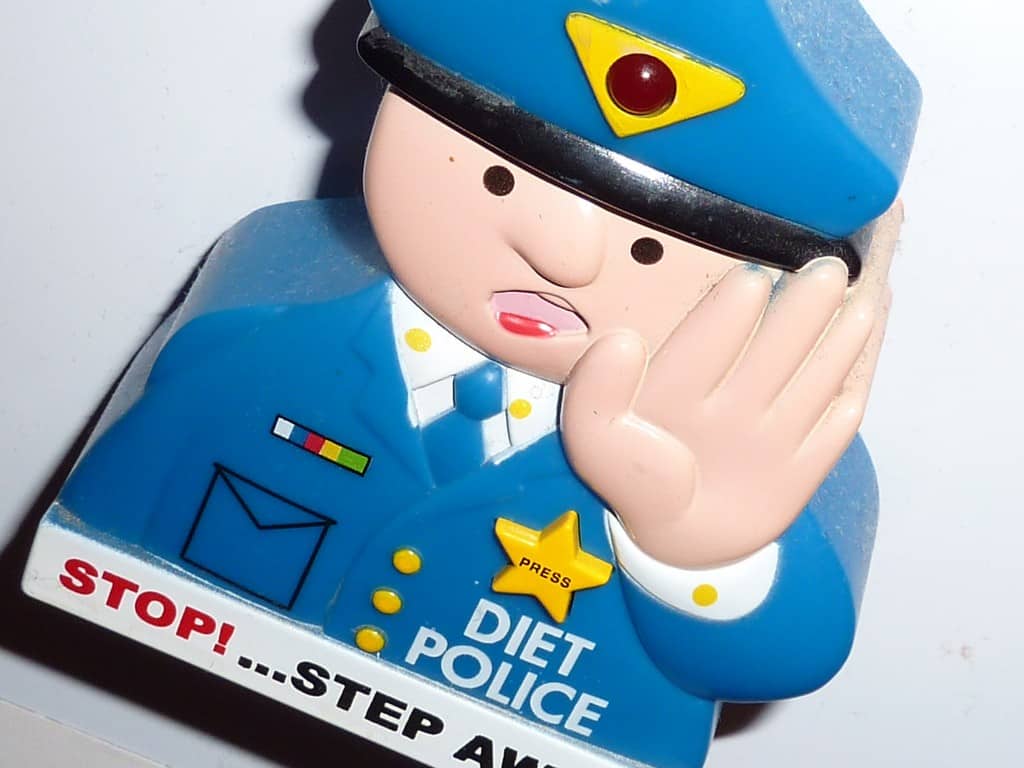 That's right, in the beginning, I used to cheat on my plant-based diet....a lot!

And it took a very long time before I realized why I can never cheat again.

But let me start off by saying that I don't know if there really is such a thing as an actual Fat Switch.

But it sure seems like it.  Let me explain….

Anyone who has tried a plant-based diet knows that after a period of time - they finally reach that magic point where it all comes together.  You are steadily losing a pound or two a week, you have more energy than you know what to do with, those afternoon naps are a thing of the past, and people actually start commenting on how good you look.

This is what you have been working so hard for!

Turning on the Fat Switch

… you say to yourself the 4 little words that will stop any diet dead in its tracks:

"I deserve a treat".

That's all it takes.

That first scoop of Vegan Ice Cream, that one little slice of Vegan Cheese Pizza, that handful ( "I'll only eat a couple") of potato chips... and say goodnight Gracie, it's all over.

This invisible 'fat switch' inside your body flips to the ON position and all that hard work comes to a screeching stop.

In fact, at that very moment, you feel like a million bucks.  You say to yourself, "I'll just get right back on track tomorrow".

But it's too late.  The switch has been tripped.  And it's much harder to switch it back off than it was to turn it on.

The first sign you've flipped the switch is usually in the bathroom.

Or - not in the bathroom I should say.

Ask any vegan and they'll tell you about the wonderful effects of all the fiber we eat.

I know, it's not exactly dinner conversation, but it's true.
Fiber sweeps you out.  Keeps you regular.
It's doing exactly what it's supposed to do.

Or …. it did until you flipped the fat switch.

And now it's stopped.
You're stopped.
As in all stopped up - for a while anyway.

Of course, now that you just ate that tasty little blockage, and you can't go…..  you're GOING to swell up.

You'll feel it.  The ring doesn't go on as easy as it did.  The jeans are a bit tighter.  The scale just went up a pound.

Just one piece of cheese pizza did this?

And because you now have that lovely little clog blocking your intestines, it'll soon begin to bubble and ferment a bit.  Nice.

I'm not saying that healthy people don't get gas - because we all do.  But the longer you stay on track - the less it becomes a problem, frequency-wise or smell.

But now that you just introduced something foreign to your system - well - just be careful with lit matches and maybe avoid enclosed public places for a while.

It's about to get real ugly!

Your body's defenses will now kick in trying to digest and get rid of that 'stuff' you just ate.

You just introduced mandatory overtime for your gut - with no extra pay.  And all this work, or energy, that is being used?   Well, that used to be free, excess energy for you to use - but now it's strictly reserved for your digestive system.

Yep, you're going to be.

Because we're going to be here for a while.

How Do You Stop It?  What Turns The Fat Switch OFF Again?

Ok, so the damage is done.

You feel like crap, the weight is coming back on, even though you've been back on your diet for a week or so now.

How on Earth do I stop this!
Can I turn that stupid switch OFF again?
How do I get back to that "good feeling" I had before I ever ate that stupid pizza?

You simply have to stay the course and don't cheat anymore.

Because here's the kicker -

The more you cheat - the longer it takes to get back to normal.

Real life example:  I remember one time I went back to Indiana to see my dad.  And....I used the excuse every new vegan has used before…

"It's SO hard to try and eat this way while I'm traveling, I'll just start again when I get home".

It took FOREVER to get back to normal.  I ate garbage for a week and it took me 2 solid months to get back on track!

But yes, the weight DID eventually come back off, the ring DID fit again, the headaches and tiredness DID go away.  And the bathroom trip eventually went back to normal too...  thanks for asking.

BUT IT TOOK A LONG TIME TO HAPPEN!

Bottom line....was it worth it?

Well - in my case it wasn't just one cheese pizza, it was a week's worth.  And the answer is definitely no.

I think this is why people give up so easily on any change to their diet.

They never last long enough to GET to that nirvana feeling, and if they do... they instantly think they deserve a treat... and have to start all over again!

Way too much work.

So the lesson here is.....stay the course.

Trust me, you'll thank yourself later when the jean sizes start coming down and the compliments start pouring in.