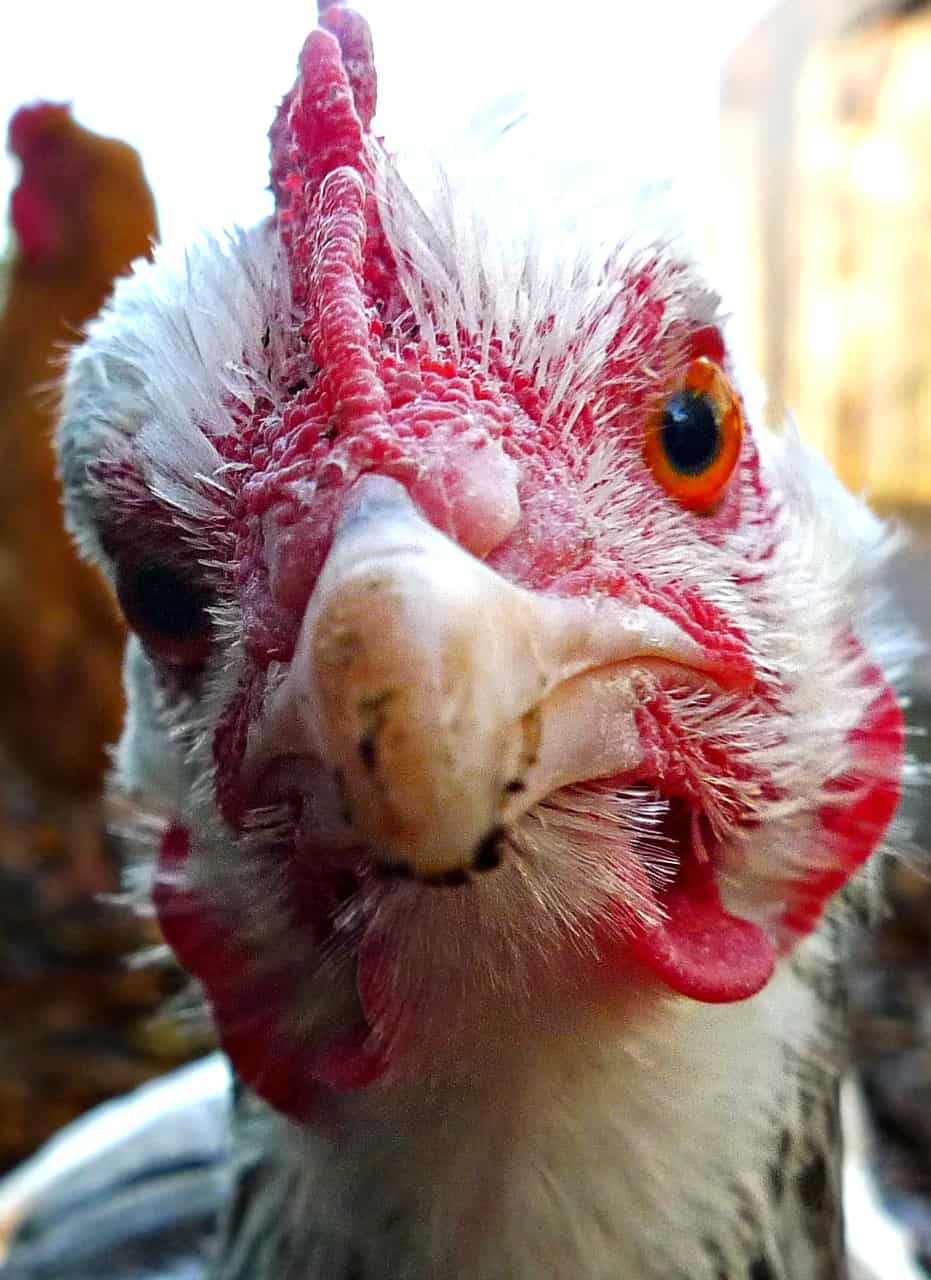 With the news yesterday from the WHO that processed meat causes cancer - thousands of comments from angry consumers are flooding the internet.

What are we supposed to eat now?
I'd rather live 5 years less with bacon than the next 40 years without it.
Like dietary fat is linked to heart disease.
Fine, but don't pretend that a diet high in carbs rather than protein is good for you.
To show my love for fellow humans, I will accept everyone's bacon.
This too will eventually be debunked - think eggs, etc..
Everything in moderation....

Some say they'll keep eating their bacon anyway - and I'm sure many will, regardless of the known health risks.  But for others, I'm afraid they'll just see this as justification to switch entirely to "That Other Processed Meat" ....

And that means Chicken.

That Other Processed Meat

Yes, I said "Chicken" and I said  "Processed"  - and although you won't see chicken on any of the "do not eat" lists...  Chickens are just as bad for you as red meat!

Seriously.  Think about it....

Every single chicken you buy in the grocery store has come from a factory.  They are 'processed' in a factory.

Yes, you can buy pasture-raised, organic chickens in specialty stores like Whole Foods.....but can you afford them?  Which is why you won't see these types of chickens at your local Kroger.

Grocery stores, like any other cooperation, are out to make a profit.  Buy Cheap - Sell High - Make Profit - Keep Store Open.  Simple economics.

So why are chickens just as bad and just as processed as any other kind of meat?

Chickens are purposely fed feed laced with Arsenic.  Why?  Just to make their skin appear pink.  People see pink and think their bird is fresh, although that poor bird has probably been dead for a long time by now.  The FDA admitted over 70% of all chickens sold in the US contain Arsenic.

Think Arsenic is bad enough?  A new FDA regulation says factory farms no longer have to check for e-coli or salmonella - they can just dip your bird in chlorine instead.

Chickens are plumped with a saline solution to look juicier (and weigh more).

Chickens are tortured in Factory Farms.  Their beaks are cut off, they barely have enough room to stand, there are literally raised in the dark, in their own filth, and are sometimes boiled alive during the de-feathering process.

This paves the way for all kinds of diseases, like e-Coli and salmonella, hence the multiple treatments of antibiotics - which all end up..... you guessed it - in us.

Oh - and let's not forget the antibiotics also fatten them up - meaning more weight for sale (more profit).

Tyson has announced it will phase out using "human antibiotics"  but that won't happen until 2017.  And just what does that mean...Human Antibiotic?

Male chicks serve no purpose.....so they're ground up alive.

Females become the fryer chickens you see in the store while the egg layers are sent off to their own version of torture and hell.

But the males?  They are sent on down the chute during sexing and end up in a grinder for feed or in trash bags where they suffocate.

And besides all these horrors  - let's not forget that chickens (even pasture-raised chickens) are still very high in cholesterol.  Once per ounce - chickens have just as much cholesterol as red meat (and so do fish).

And as we know, too much cholesterol builds up in our arteries (arteriosclerosis) and raises our risk of Heart Disease - our number one killer here in America.

I hope people will give up their processed meats (including fish and chicken) but I seriously think it will take more than an announcement from the WHO.

But at least it's a step in the right direction.