Home » Articles » The Highway to Health 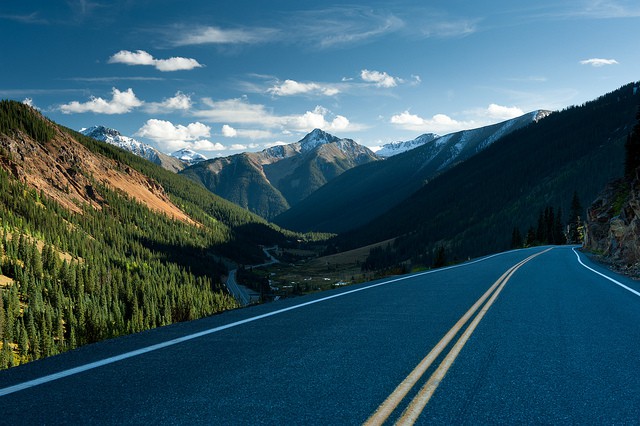 No stop signs, speed limit,
Nobody's gonna slow me down
Hey momma, look at me,
I'm on my way to the promised land
AC/DC

Seven years or so ago, as I began this crazy food journey I am on, there was no "plant-based diet", or a "whole foods diet", or even a "McDougall' diet.  (Ok I suppose there was, but the terms were not very popular yet.)

Nope, as far as "I" knew, it you didn't eat meat, dairy, or eggs, you were following a Vegan Diet, and that made you a Brand New Vegan.

Today however, that is an entirely different story.

There are literally DOZENS of names for a Vegan diet.

It's getting kind of NUTTY out there in the plant-based world, and it can be very confusing!

Who's right?  Who's wrong?  And does it even matter?

Vegan vs Plant Based

Why are there so many different versions of basically the exact same diet?

The way I see it, it basically depends on what's important to you.

The word Vegan for example, is not really about a diet per se, but more about the prevention of animal cruelty and exploitation.  So as long as your 'diet' doesn't contain any animal products - it's fair game.

And there's nothing wrong with that!

But just keep in mind, many of the vegan food products on the market are heavily processed - meaning they're chock-full of fat, sugar, and salt.  So if you need to lose some weight - it's not happening.  In fact, you may just end up gaining.

But if your primary goal is diet, health, or weight loss - then you're going to lean more towards a whole foods, plant-based diet which focuses on whole grains, fruits, and vegetables.

There are many plant-based doctors and nutrition experts who recommend a plant-based diet.  And yes, even among themselves there may be some differences.

So you see, we're all a little different, but yet we're all still following a 'Plant-Based'  or 'Vegan' Diet.

The Highway to Health

Of course with all these different variations, it's only natural to have some strong opinions from time to time.  It's bound to happen.

But what really gets me fired up, is when these groups start picking on each other, and trust me, it happens more than you think.

A good friend of mine got banned from one group because she promoted a class taught by another.  I myself have gotten beat up on several blog post because they contained a little sugar, or honey, or oil.

I see comments all the time on various Facebook Groups that just make me want to cringe.

Honey is NOT vegan!
This recipe is NOT compliant.
Dr McDougall does NOT promote a Vegan Diet.
Junk food vegans are not a whole lot better off than SAD eaters

We're ALL on the SAME ROAD here!

The way I see it, (and please feel free to join in if you disagree), is that we're all on the same path, or road if you will.  And currently, there's not that many of us.  Recent stats show Vegans only make up like 2.5% of the population of the United States.

Meanwhile that SAD highway over there is literally bumper to bumper with unhealthy, ill, or obese people just waiting for the right opportunity to get off the ramp and come join us. 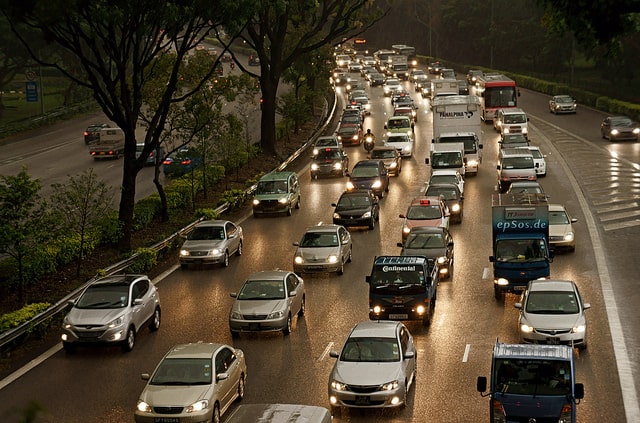 CC photo "Driving Cars In a Traffic Jam" courtesy of expos.de of Flickr

Believe it or not, I'm sure many of them would actually love to join us.

But do you really think they're going to want to if all they see is us fighting and bickering with each other?  Ready to judge them like we judge each other at the drop of a hat?

Think of all these different vegan variations as the cars that we drive. Remember we're all on the same road together.  We just happen to have different vehicles.  So ff you're not getting the results you want with one car?  Just switch to another!  It's really that easy!

Pop in a McDougall Van for a week or two,  how does that make you feel?  Still a little bumpy?  Try that Barnard Bus for a while instead.

It doesn't matter which car you take, we're still on that same road together, and probably have the same destination in mind.  (Or maybe you don't really have a destination, you just enjoy the ride.  That's fine too.)

What's important to remember here, is that we're NOT on that OTHER road.

For some, that road truly is a Highway to Hell..... for us, the animals, and our planet.

In my opinion, no matter which version of a plant-based diet we choose, we are way better off that the poor people over there stuck in a literal traffic jam forever.  A traffic jam of cruelty, useless slaughter, climate change, dwindling resources, insane medical costs, chronic sickness, and eventually disease.

Let's play nice together, shall we?  We may be driving different cars, but we're still on the right road.

The Highway to Health.