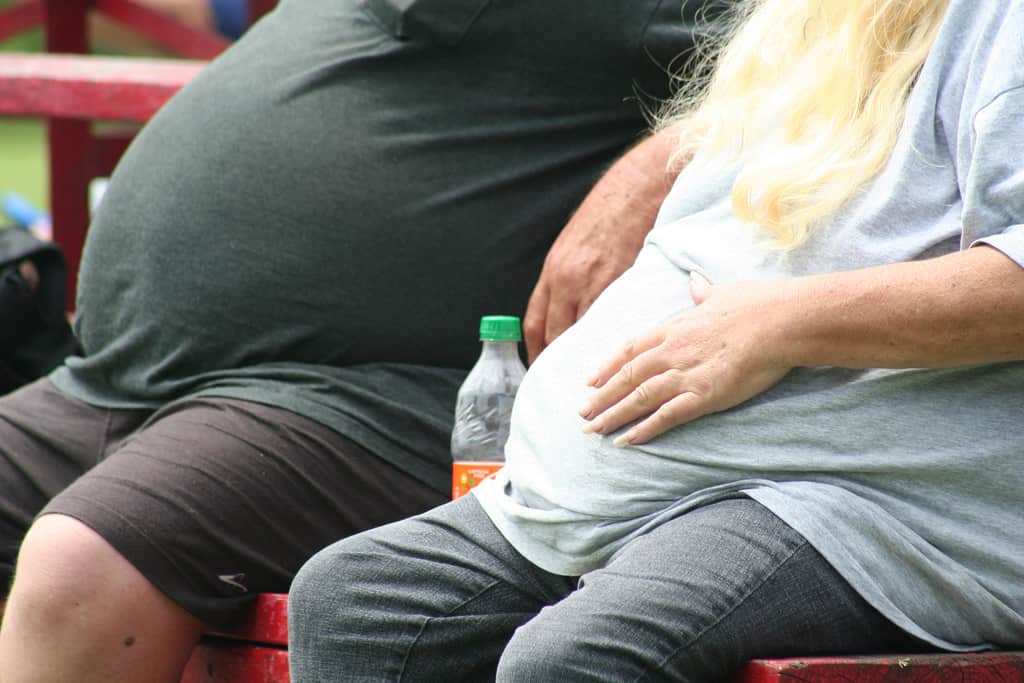 When I first switched to a Vegan Diet I gained quite a bit of weight.

I thought, "What's up with THAT?!"  This is supposed to be HEALTHIER!  Why do I feel like crap?  This diet doesn't work!

It happens to a lot of us.  Because usually our number one reason for switching to a vegan diet is to help the animals, or to save the planet, or something.

Only you're forgetting something.

YOUR HEALTH Should Be The Number One Reason To Go Vegan!

But we don't think about that.  As long as we're not eating meat or cheese it has to be healthier, right?

The bad news is with that attitude, it is SO easy to become an unhealthy vegan.

Oh sure you're helping your cause - don't get me wrong.  But you alone won't make that big of a difference when it comes to saving animals.  Especially when you become fat and unhealthy.

I mean honestly, you're probably going to try and convert as many friends and family members as you can.  Right?  And together you'll be helping the planet and saving all those cute little fuzzy chicks and baby piglets.  Mission accomplished.

But really, who is going to listen to you when you are unhealthy yourself?  What kind of example are you setting?

HOWEVER….if you were the poster child of vegan health….glowing with vitality and bursting with energy.  Well then ALL of your friends will be beating down your doors asking for your secrets.  You'll probably end up converting your entire TOWN.

NOW how much of a difference will you make?  Tons.

You want to put your health first, make THAT your priority.

Then you can concentrate on helping others, family, friends, and coworkers.  And you'll actually be helping them in a big way too because study after study has shown that obesity, heart disease, diabetes, and even cancer all have common links to an unhealthy diet.

And yes, even an unhealthy vegan diet too.

I'll admit, I ate a ton of Boca and Morningstar Burgers when I started.  And convenient?  My gosh so easy and tasty.  And full of salt, soy protein isolates, fat, calories, and various other chemicals.

Remember that ANY processed food - including Vegan - is usually just man-made conglomeration of Salt, Oil, and Sugar.

Same goes for the Vegan Cheeses too.  As much as I loved Daiya Cheese on a pizza - that stuff was no better than real cheese.  In fact, compare the Nutritional Facts on the two and Daiya is worse for fat and calories.  (but we're saving those animals aren't we?).

Forget the processed crap and eat REAL FOOD.  Potatoes, corn, rice, veggies, fruit, whole grains, beans, and legumes.  So many options are at your disposal without having to revert to the pre-made packaged stuff.

A healthier burger option would be these Jeff Novick Bean Burgers made with only 4 ingredients.

Eat clean - your body will soon thank you by losing the extra weight and becoming fit.

I've had many a heated discussion on this one.  Repeat after me - fat is fat.  It has absolutely NO nutritional value, minimal vitamins, and zero fiber.

But it's Heart Healthy!  Everyone says so!  Even my doctor says so!

The fat you eat is the fat you wear.  Dr. John McDougall, MD

Forget the oil, switch to oil free salad dressings and sauté those veggies in a little water or veggie broth.

And remember, Olive Oil is THE MOST calorie dense food we eat.

How much did you pour over that healthy salad you ate last night?  Still think it was healthy?

It goes without saying that if you are not cooking, you're either a raw vegan (how's that working out?) or you eat out a lot.  Or maybe you're on the typical 'potato chip and diet pepsi' vegan diet.

Like I said before, those ready-made, heat-n-eat frozen meals are highly processed and full of salt, oil, and sugar.  You're NOT going to get healthy eating these 3 meals a day.

I know everyone's busy, no one has time to cook, or they don't know how - but it is SO IMPORTANT in making this lifestyle work.

You MUST start cooking!  I can't say it any plainer than that.  (or hire someone to cook for you)

Pick one day a week and spend the entire morning cooking big pots of soup, potatoes, and rice.  These can easily be reheated in a microwave for an instant lunch or dinner.

Vegan recipes are all OVER the internet.  Go find a few you like!

I have a TON of recipes here on my site.  Give them a look and find something easy.

Cooking is NOT that hard and is a major step in becoming a healthier vegan.  just do it!

Going back to the example thing….I would get a lot of chuckles over how I was vegan to get 'healthier' but still smoked.  Yeah…..kind of an oxymoron huh.  I was definitely NOT setting a good example.

Well the good news is you CAN quit.  Really.  You can.

I know what you're saying.  But remember?  I smoked too!  Pack and a half a day.  And if I can do it, you can too.  And it was a lot easier than I thought.

Here's my secret.  It's a heckuva lot cheaper than buying cigarettes, and it works.

No, not one of those cheapo e-cigs, but a refillable one.  It satisfies the inhalation issue like no other, and it supplies nicotine to ease your craving.  I started at 18mg and I am now at 6mg - the lowest dose.  Wean yourself off the nicotine slowly and you'll be smoke-free in no time with absolutely NO withdrawal issues.

I'm telling you it works.  (and you'll smell a lot better too)

I don't know why so many people are anti-carb these days.  I LIVE on carbs.

If you try to be vegan by just eating veggies and salads you're going to starve yourself.

You simply won't get enough calories.

And when you're so hungry you can't take it anymore, and start eating all the bad vegan foods, or worse go back to the standard american diet - all that weight is going to come racing back, and then some.

Eat your carbs.  Entire civilizations have sustained themselves on carbs.

All large populations of trim, healthy people, throughout verifiable human history, have obtained the bulk of their calories from starch.

There you have it.

The Top 5 Reasons for Becoming an unHealthy Vegan.

And now that you know - you can do something about it.  How about today?