Home » News » What About Salt?

There's a lot of different kinds of salt on the market today, with a wide variety of prices, and an even wider variety of supposed benefits.   But can we really believe all the hype? 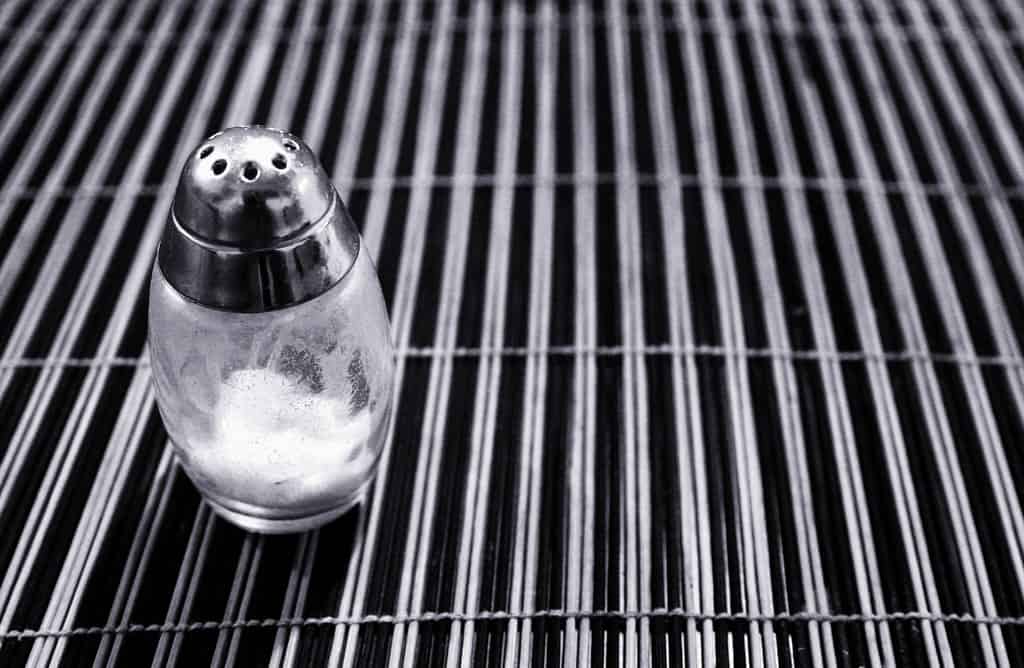 Salt (or Sodium Chloride) is essential for life in general.

It's so important, we even have those salty taste receptors right on our tongue.

But how much do we really need and does it matter what kind?

The Institute of Medicine, a branch of the National Academy of Sciences,  suggests that healthy people only need about 500 mg a day (or less), which is easily obtainable from the amount that occurs naturally in foods.

They also recommend that healthy people limit their sodium intake to no more than 1200-1500 mg per day.  And they even set an upper limit of 2300 mg, meaning that if you go over that on a regular basis, it can be harmful.

So how do we do here in America?  What's our average salt intake?

Americans eat an average of 3,400 mg of Sodium per day!

Wow, that's a lot of salt....and a lot of Blood Pressure Pills.

And one of the worst culprits for eating a lot of salt?   Is eating in a restaurant.

Like Dr. Michael Klapper says, going to a restaurant is basically deciding which flavor of Salt, Sugar, and Fat you'd like to eat that night.

Would you like Mexican flavored Salt, Sugar, and Fat tonight?

How about Chinese flavored Salt, Sugar, and Fat?

Man, we love our salt!

I remember my dad would shake that salt shaker for a good solid minute before even tasting his foods!  So would my father-in-law.  And sadly they're both gone now , both from heart related conditions......

Anyway, again...... as many of our WFPB Doctors recommend, try to limit how much salt you use and if it's absolutely necessary - just sprinkle a little on TOP of your foods AFTER its been cooked.

Fortunately, registered dietician Jeff Novick has already figured this out for us .

Yes it's true those fancy, expensive salts DO have some minerals, but let's see what Jeff has to say....

According to one of the leading promoters of Sea Salt, Celtic Salt, and based on the percentages they post on their website of the analysis of their product, 1 tsp of Celtic Sea Salt also contains...

The recommended amounts we need are:

So, in order for us to get in any significant amount of the following three nutrients (less say 20% of the recommended amount which the FDA defines as a "excellent source") ....

As you can see, the amount of sodium we would need to eat in order to really get any benefit from those fancy (not to mention expensive) minerals would probably kill us.

And if you want to spend the extra money on those fancy Sea Salts that have been blessed by Buddhist Monks high in the Himalayas - that's your choice.

But regular old Iodized Table Salt will do the exact same thing.

« Have We Forgotten How To Eat?
The Fat You Eat »