This Medieval Pottage Stew is simply another name for a thick, rich, soup often made by Peasants during the Middle Ages.  Since peasants were poor, and couldn't afford meat, they used whatever vegetables and grains they could grow to make this soup, often served with a dark, crusty loaf of bread. 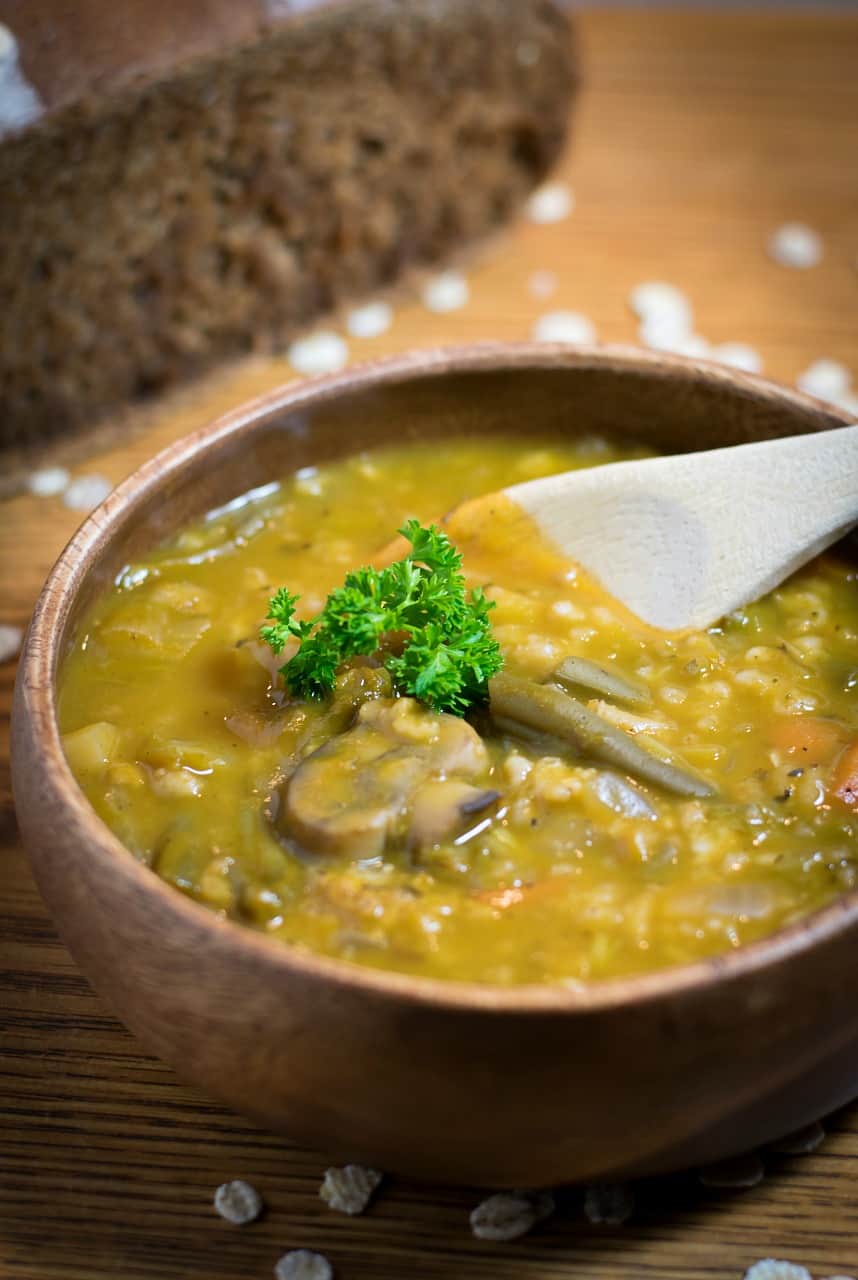 So why the sudden look into Medieval eating habits?

Have you ever really thought about the Middle Ages?    It's actually kind of ironic when you compare it to today.

The wealthy could afford all kinds of meat, anytime they wanted it, along with the finest wine, ale, a variety of cheeses, and even the lighter, tastier, loaves of wheat bread.  And vegetables?  They were considered peasant food, definitely not to be trusted.

Meanwhile, the lowly peasants scrounged for every last crumb they could find.  They worked from sunup to sundown, burning around 4,000 calories a day,  managing the king's land in exchange for a small plot to grow their own barley and rye.  The wives and daughters managed the gardens and maybe a stray animal or two in hopes of a few eggs, or a little milk to make their own cheese.

Their diet was predominantly vegetarian with the majority of their calories coming from their dark, dense, loves of barley bread, or rye.  There were no potatoes or tomatoes yet, so their main vegetable crops were turnips, parsnips, leeks, onions, and cabbage.

They would chop all these vegetables into a big cauldron and boil them in whatever broth they could make from stray bones and vegetable scraps.  The stew would then be thickened by adding oats or barley, and spiced with whatever herbs grew in their garden.

This Medieval Pottage Stew, along with their bread would be their main meal, along with cheese if they could afford it.

And who do you think was healthier?  The poor scrawny peasants?  Or the rich and wealthy lords and kings?

The wealthy are usually depicted in paintings and drawings as being OBESE.  King Henry VIII was said to have been so large they needed a hoist just to get him on his horse.  He suffered from gout, leg ulcers, diabetes, and weighed about 400lbs when he died at the ripe old age of 55.

Many of us today truly ARE eating like the Kings and Queens of old, and suffering the same diseases they did.

So with all that in mind, I wanted to try and recreate a typical meal that a Medieval Peasant might have made.

So get out your cauldron and let's get started.

I am still tweaking the Bread Recipe I used.  I used a combination of Bread Flour, Whole Wheat Flour, Rye Flour, and Molasses and then sprinkled Barley Flakes and Rye Seeds on it before baking.  It was';t bad, but the crumb still needs some work.

This stew is literally chok-FULL of the good stuff.

If you try it I'd love your honest opinion.  This recipe DOES make a lot but I'm sure it can easily be frozen for later.  Keep those comments coming and remember....

This Medieval Pottage Stew is simply another name for a thick, rich, soup often made by Peasants during the Middle Ages, chock-full of vegetables and grains .