This may in fact just be the Best Damn Vegan Chili you've ever tried.

Seriously, I'm not one to brag but.....this Chili recipe has placed TWICE now in various Chili Cookoffs.  I'm not kidding,  and it not only came in 2nd place (against 9 other NON-Vegan entries mind you)...... it happened in TEXAS! 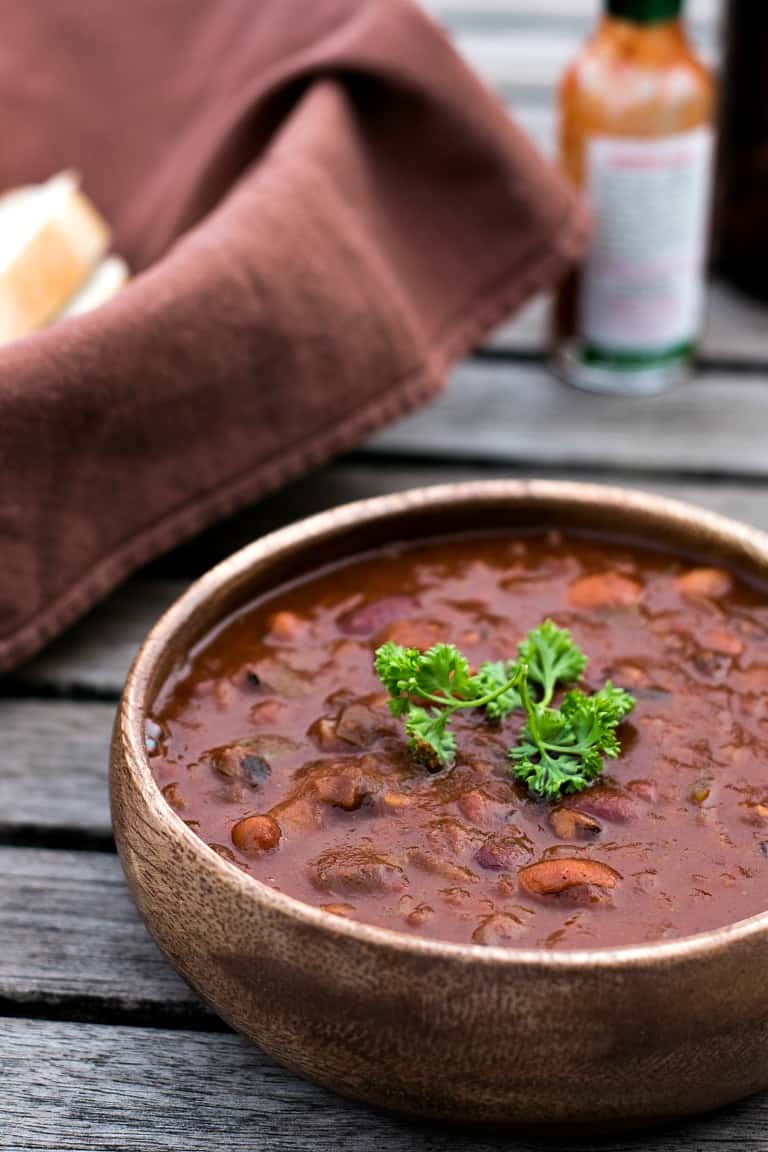 Now I lived in the great state of Texas for 5 years, and it was there that I discovered that CHILI was one of the 4 basic food groups.  Meat, onions, peppers?  Yeah, THAT chili.

And something else I learned, is that Texas chili is something you don't mess with.  Noodles are definitely NOT allowed, let alone carrots or celery or any other weird ingredients.

Imagine my horror one day when I found a popular vegan chili recipe that included amongst other things, dates!  I know right?  Dates!?

So in order to preserve what is right and true in the world, allow me to introduce you to what Texas Style Vegan Chili is SUPPOSED to be.

"Chili concocted outside of Texas is usually a weak, apologetic imitation of the real thing. One of the first things I do when I get home to Texas is to have a bowl of red. There is simply nothing better."
Lyndon B. Johnson, 36th President of the United States

I know..... you're asking how you can have Texas Chili without the meat?   Well believe it or not, this recipe holds up just fine without any.

Because first and foremost, Texas chili is all about that spice.  That magical blend of spices and peppers that gives Chili that distinctive flavor we all know and love.

But If you do insist on some kind of chewy goodness in your chili, then it's about finding a substitute that works.

And I'm not talking about those soy-based meatless 'crumbles' either.  Those are about as processed and unhealthy as a whole box of twinkies.

There are LOTS of meat alternatives, but just remember this chile will stand up on its own just fine....

Whatever you use, prepare your onions, bell peppers, and garlic first...

Once you're veggies are nice and translucent, then add in your meat substitute and cooked until heated through, mixing well.

Then add the tomatoes, tomato sauce, broth, beans, and spices.  You can adjust the amount of jalapeño to your own individual taste, basically making this as spicy as you wish.

The Masa Harina is a trick I learned to help thicken the chili.  Nobody likes runny chili - right?  Just sprinkle a little on top of the chili and then stir it in.  It also adds just a hint of corn tamale flavor - perfect for Texas Chili.

After everything comes to a nice slow boil, turn down the heat and let it simmer as long as you can stand it.  At least 15 minutes to half an hour - but the longer the better.  And although I haven't tried it - you could probably just plop all these ingredients in a slow cooker for the day.

I never get tired of good Vegan Chili and THIS my friends, is as good as it gets....

And if someone offers you chili with rutabagas or some other weird ingredients….. 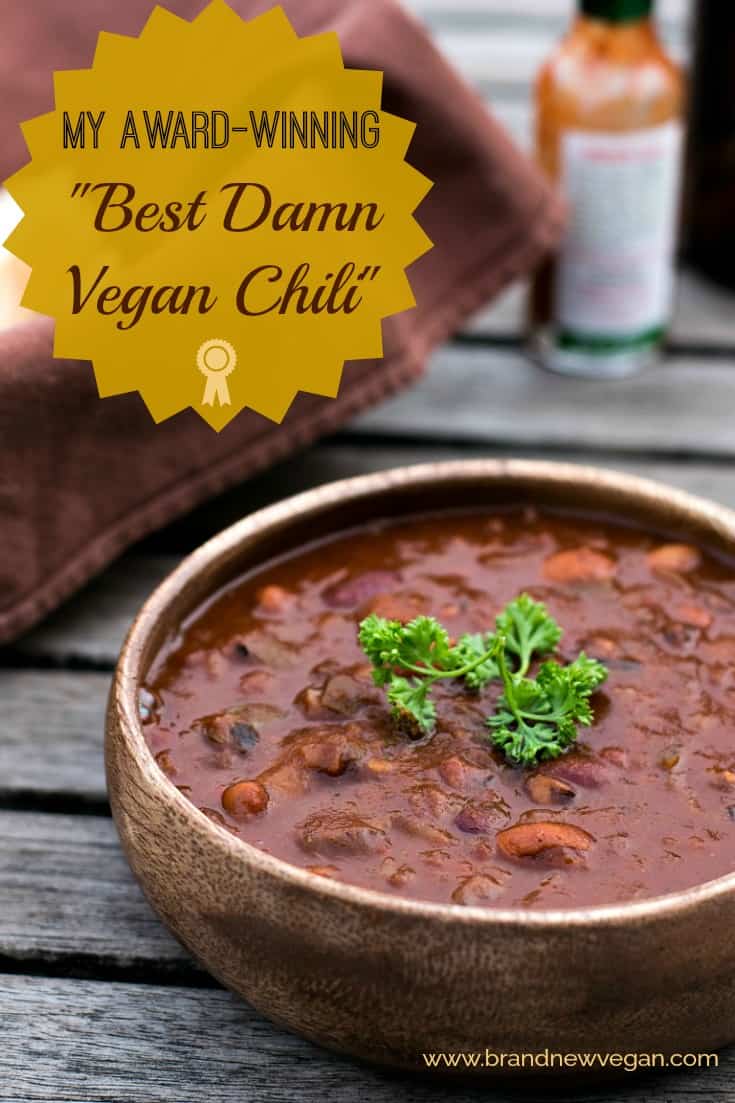 What Texas Style Vegan Chili is SUPPOSED to be. Thick, rich. and spicy. This may in fact just be the best damn vegan chili you've ever had!