With the holidays coming up I wanted to be sure and give all of you one of my family's favorite Thanksgiving recipes, this Vegan Green Bean Casserole. 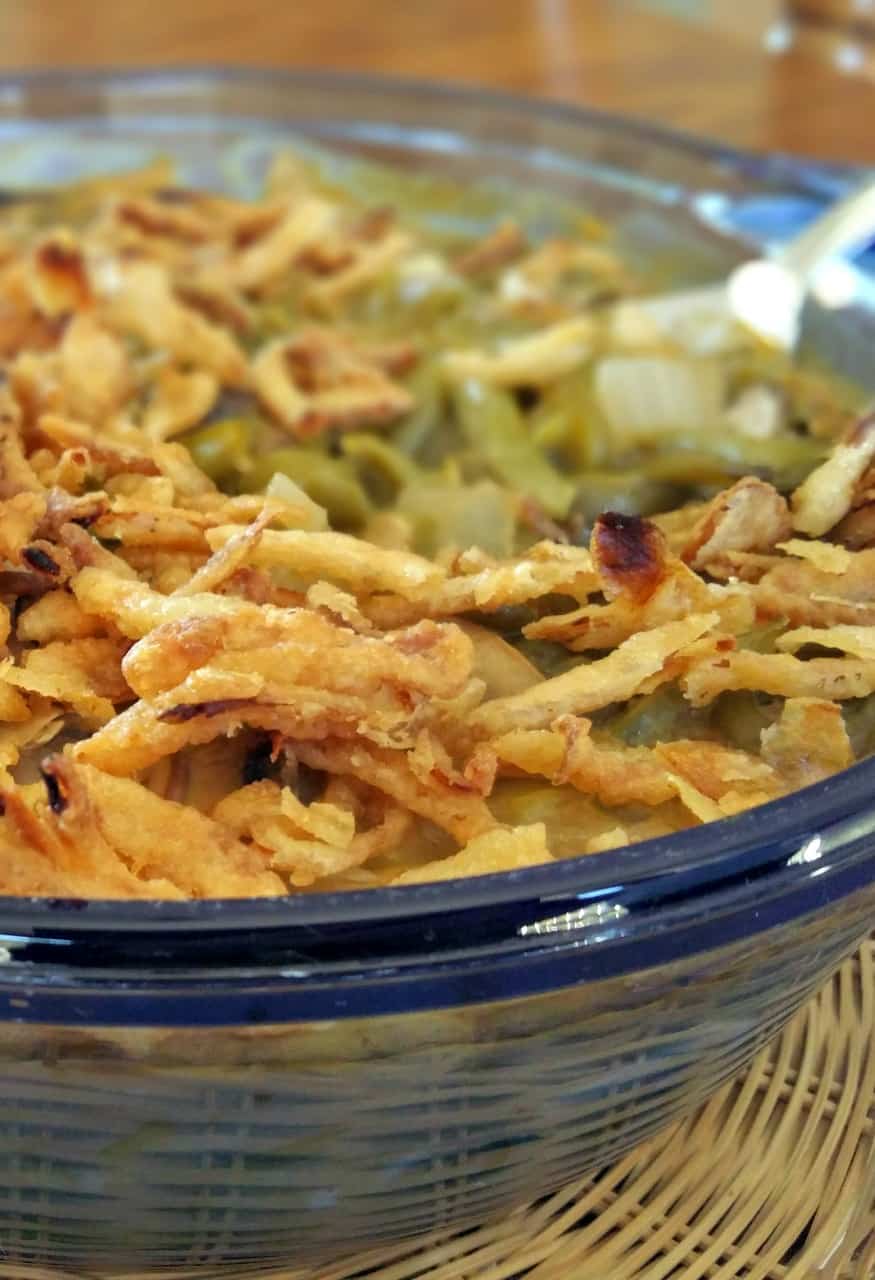 Yep, that classic recipe made famous by Campbell's - only veganized.

Back when we used to do the traditional Turkey Dinner, my wife would spend all day on the turkey, the dressing, and making the homemade yeast rolls.

My job was to make everyone's favorite - the Green Bean Casserole.  I don't think there's a cook out there that hasn't seen this classic recipe on a can of Campbell's Cream of Mushroom Soup.

But - now that we're all Brand New Vegans - that recipe has to go out the door.

Why?  It's NOT very vegan - or even healthy for that matter.  Look at the ingredients in one of those little cans: 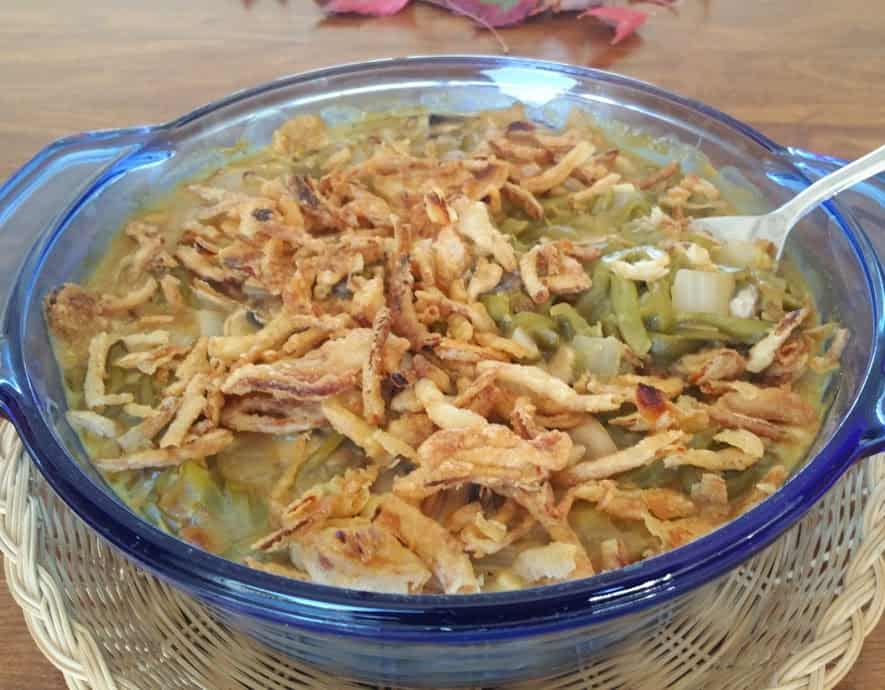 This year I decided to do something a little different.  I made my OWN Cream of Mushroom soup - all from scratch.  And it's a lot easier than you'd think, and SO much healthier.  There's absolutely no oil or butter (or MSG!)  and maybe just a tiny bit of fat from the Almond Milk.

But there are those Fried Onion Rings.  Yeah, there's really no way around them if you want that traditional onion-y crunch on top.  You can leave them out completely, but for special holiday meals like this one, I stick to what I'm used to.  Just don't eat the whole can…..

After the photo shoot, the wife and I dug into this for lunch and I gotta tell you - this stuff is amazingly good!  So much better than the canned version.  She even went back for seconds!

So there you go guys  - it's wife approved.  And  if your job is the Green Bean Casserole - and you want a healthier version without all the chemicals….this recipe is for you.

A healthier version of an old classic. This Vegan Green Bean Casserole will be sure to please this holiday season without all the sodium, dairy, or MSG.

The French's French Fried Onion Rings are without a doubt the 'unhealthiest' ingredient in this recipe. But it's also kind of traditional, so I still use them. Plus it gives the beans a nice onion-y crunchy topping. So if you're watching your fat - you can leave these out completely. 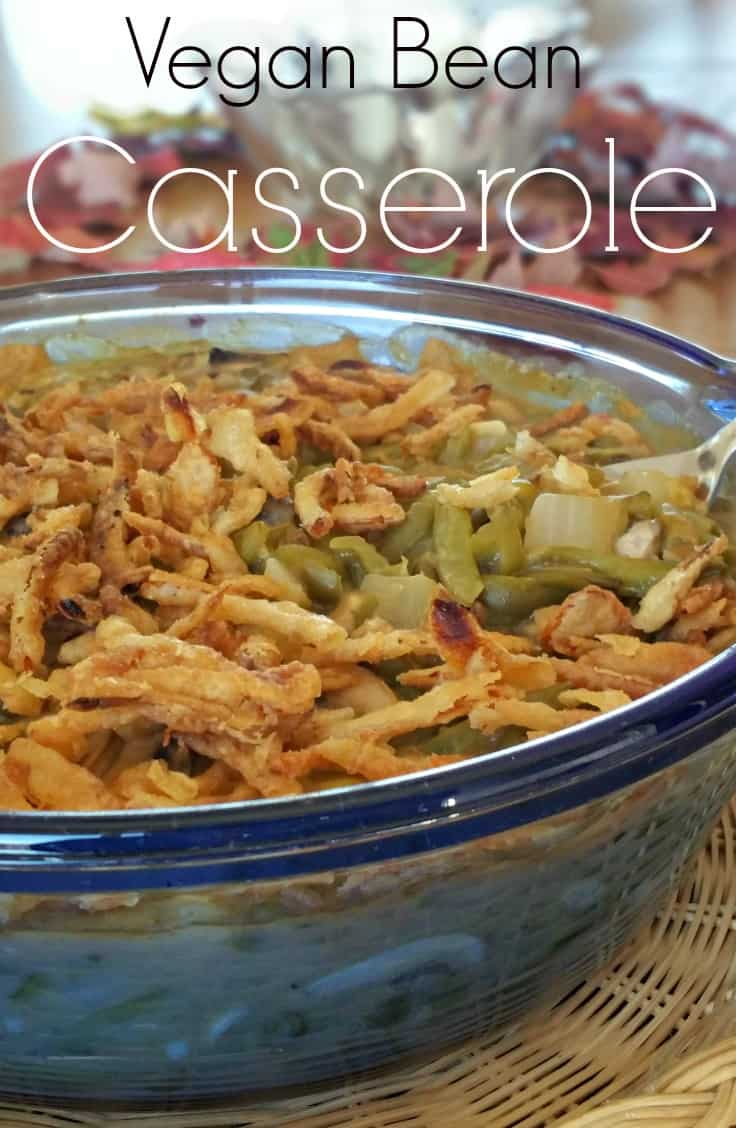