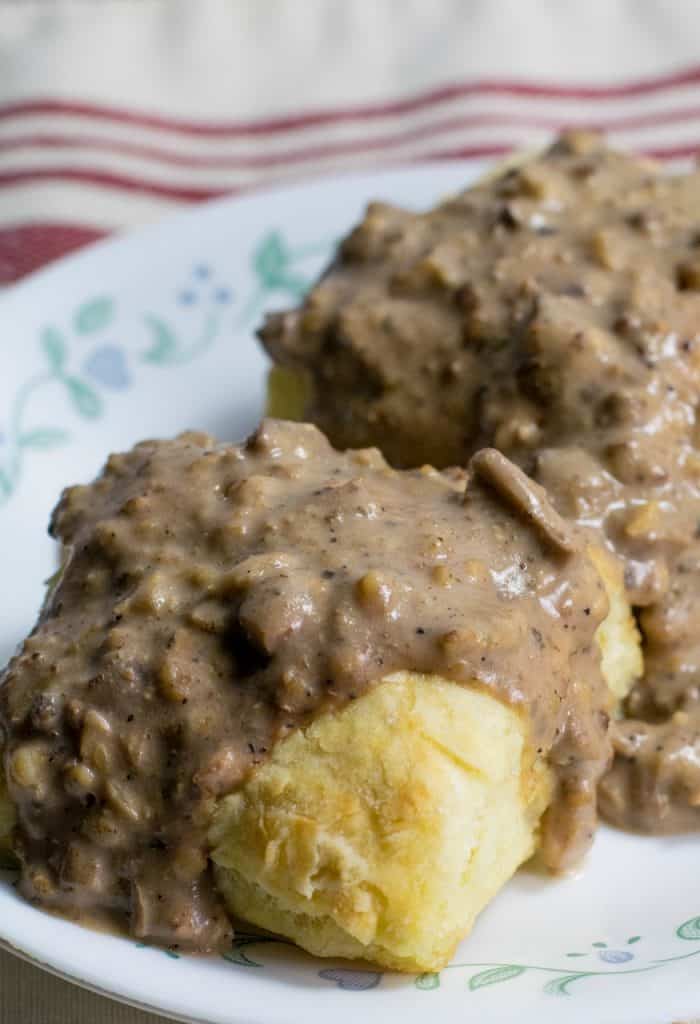 I've been spending the last few days here with my mother-in-law, as she came up to stay with us for a while after dad's passing last week.

And let me tell you, she is NOT Vegan.  Not by a long shot.

So coming up with comfort foods that both she and my wife will like, while staying relatively fat-free and vegan has been a bit of a challenge.

One thing EVERYBODY likes is my Flaky Vegan Buttermilk Biscuits, so this recipe for a Creamy Country Gravy was really a no-brainer.

The trick was to replace the sausage and fat but keep it true to a down-home, stick-to-your-ribs country gravy.

With a package of mushrooms, just the right amount of spices, and a secret ingredient that may just surprise you, I think I did just that. 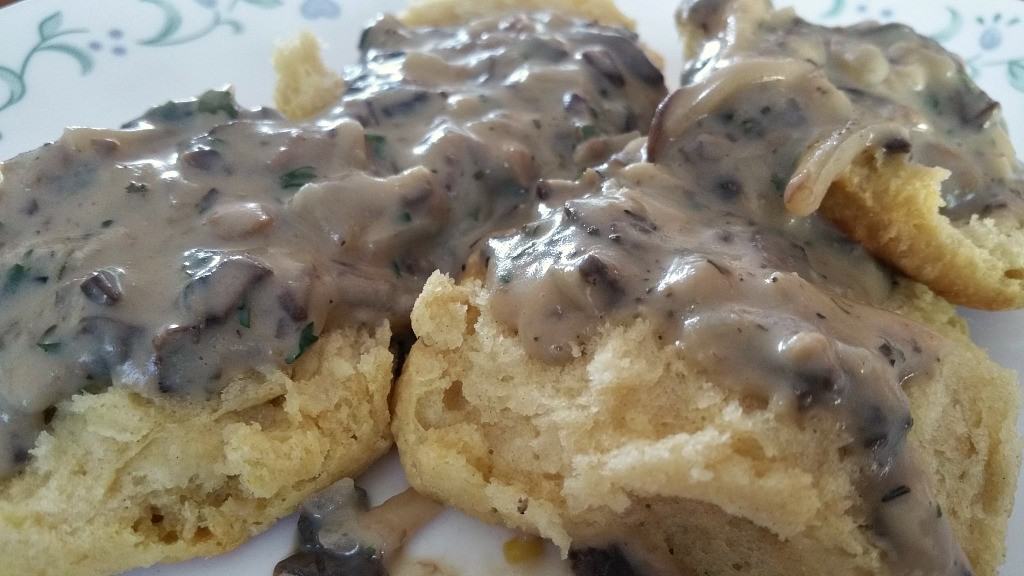 We're going to start by sautéing a little onion and garlic in a large pot or skillet.

A whole package of white button mushrooms that I finely chopped added the texture I was looking for, similar to big chunks of sausage in traditional country gravy.

A heaping ¼ cup of AP flour made the roux and some unsweetened almond milk finished off the process turning this into a creamy country gravy that will fool any non-vegan in the house.

A hearty sprinkling of salt, pepper, thyme, and sage adds just the right amount of spice to send this gravy over the top.

And just to add a little more texture, and to help thicken things up…..  I added one more secret ingredient that may seem a little strange and untraditional - but trust me - it works.

I added a cup of frozen shredded potatoes.

Breakfast dinners were always a big hit in our house, so naturally, Mom loved it and the wife devoured hers before I could even snap some pictures.

A Creamy Country Gravy that will satisfy the whole family. Mushrooms replace the sausage and just the right amount of spices sends this gravy over the top.