I was at a Blog Conference this last weekend, and during the Cocktail Party they had some of the most AMAZING Vegan Stuffed Mushrooms I've ever had.  This recipe may not be exact - but it IS close, and they ARE delicious. 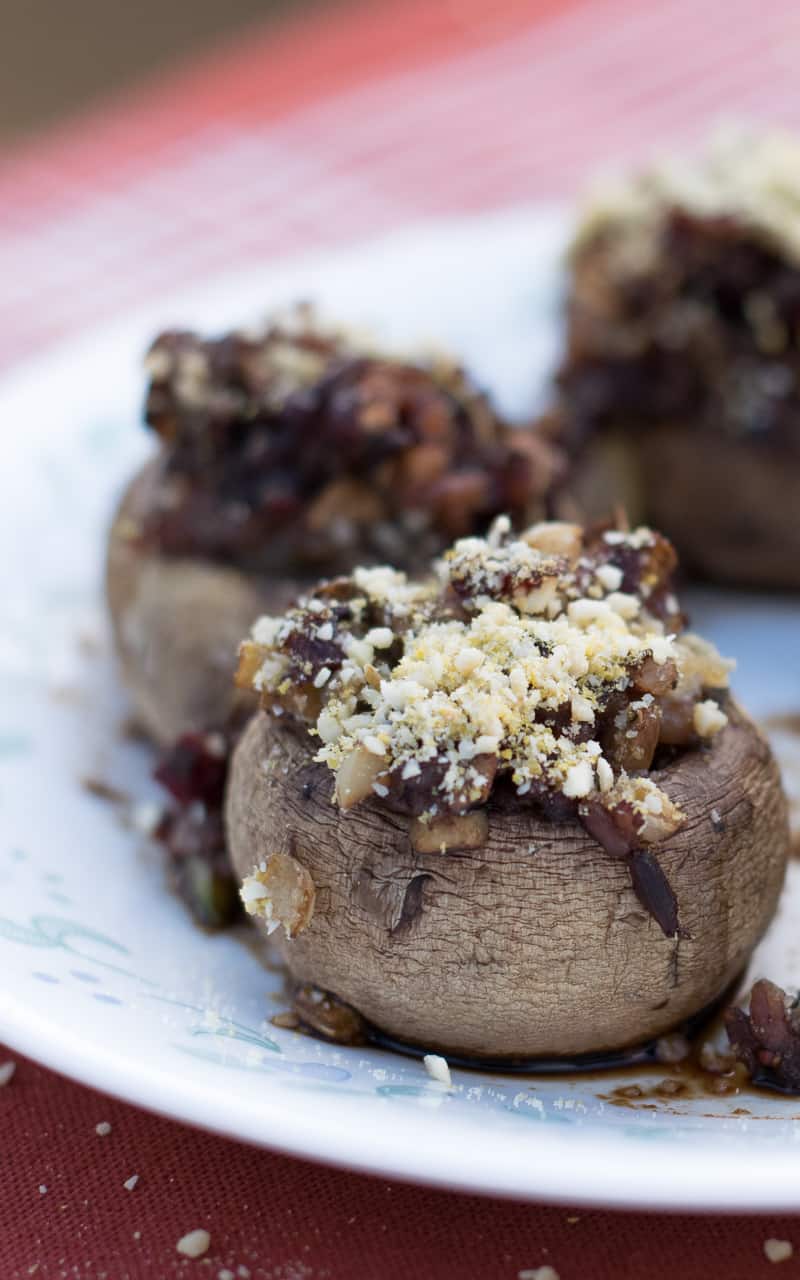 I can see this becoming a big Thanksgiving Recipe this year....perfect for holiday parties!

I used Baby Bella Mushrooms and created a stuffing made from typical holiday ingredients - like celery, onion, sage, and rosemary.  But instead of using nuts or even bread as a base for the dressing....I used a combination of white, wild, and black rice.

Guys, my wife was literally eating this stuff right from the pan!

I can see the rice dish becoming a recipe all on its own.

And when you stuff it inside Baby Bella Mushrooms?

Forget about it.  Simply Amazing.

I hope you like this recipe as much as we do.

Give them a quick rinse and pop off the stems.  If you have trouble, a small paring knife will help to remove the stems, and I also cheated and used my grandson's old baby spoon to scoop out the insides.

Chop up the stems and set aside for now.

Place the Mushroom Caps on a parchment-lined baking sheet and bake for 10 minutes at 350 ° F.

When they come out of the oven, set them aside while we prepare the stuffing.

In a medium saucepan, bring 1 cup of Low Sodium Veggie Broth to a boil and then remove from heat.  Add ½ cup of thoroughly rinsed rice and cover.  I used a combination of white, wild, and black rice.

Let the rice steep for 30-45 minutes, then fluff with a fork.

Meanwhile, in a large skillet, saute ½ cup white onion and 1 rib of finely diced celery until softened.  Add 2 cloves of minced garlic and let that simmer for a minute, then add in the chopped mushroom stems.

Stir in the sage, rosemary, and thyme and season with salt and pepper.

Simmer until the mushrooms have softened, then stir in the rice.  Mix thoroughly and remove from heat.

Stir in ¼ cup of chopped, dried Cranberries, and 2 tsp of Balsamic Vinegar.

Now simply pack a spoonful or two of the stuffing into each cooled, mushroom.  I had some leftover rice so that was perfect as a side dish.   Top with Vegan Parmesan and bake for an additional 20 minutes.

Here is my recipe for Vegan Parmesan.  It stores well and can be used in place of regular Parmesan Cheese.

For all of you who are either allergic or simply don't LIKE mushrooms.......try the rice.
Double the batch and just try the rice...

I don't think you'll be disappointed. 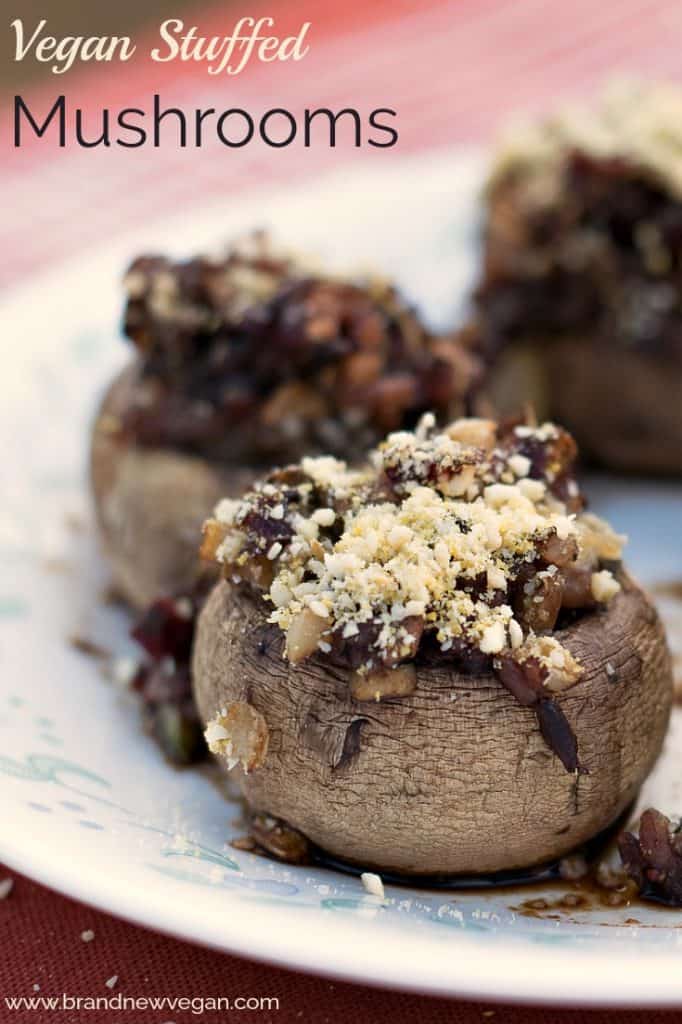 Surely a new holiday favorite, Vegan Stuffed Mushrooms. The stuffing could be a dish all by itself, but becomes magical, stuffed inside Baby Bella Mushrooms.